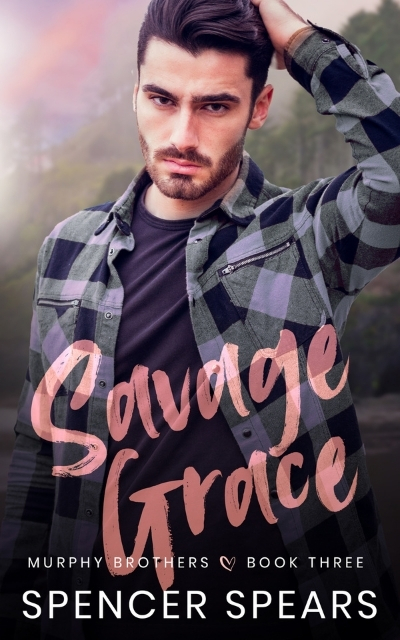 My ex in my bed is a bad idea. But since when do I care about consequences?

Connor: If there’s such a thing as a soul, Julian Jackson owns mine. But that doesn’t mean I want to see him.

I left Summersea Island 10 years ago, nursing wounds from a past I’d rather forget. Julian was my first love and my first heartbreak. He saved me when I thought I was beyond saving—then turned his back when I tried to return the favor.

When work takes me back to Summersea unexpectedly, I promise myself I’ll steer clear. But I don’t even make it a week before I’m on my knees in front of him. And I don’t last a month before he’s back in my bed.

In high school, we had to hide what we were to each other. And Julian’s still hiding—still convinced he has to face all his demons alone. No one’s ever told him he’s worth fighting for.

But I’ll be damned if I lose him again.

Savage Grace is the 3rd book in the Murphy Brothers series, which follows a family of brothers as they find their sweet, snarky, and steamy happily-ever-afters on small-town Summersea Island. Each book can be read on its own—but why would you do that, when you could read them all together? Savage Grace is a 125,000 word m/m romance with second chance, out-for-you, and hurt/comfort themes. No cheating, no cliffhangers, and a guaranteed HEA.