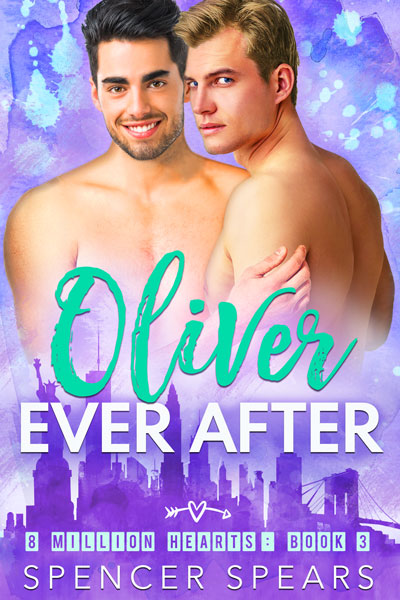 Me, my high school ex, and a five-star hotel room on reunion night. He can’t break my heart twice, right?

Oliver: It took me 7 years to forget my high school boyfriend, Luke, and just one night to–

You know what? Scratch that. It took me 7 years of pretending to forget Luke to convince myself that maybe going to my high school reunion was a good idea, that maybe I could show all the kids who’d bullied me just how little I cared about them, and show Luke how little I’d thought about him.

Uh, news flash: it didn’t work, and it didn’t even take me a full night to realize how wrong I was. It took approximately 5 minutes of moonlit conversation in our high school parking lot (super romantic, I know) to figure that out–though I guess inviting Luke back to my hotel room, dragging him into bed, and then having a panic attack in the middle of the, uh, festivities didn’t exactly help matters.

And that would have been fine, honestly. Completely humiliating and a memory I would cringe over until my dying day, sure, but fine–if only I weren’t stuck at home, helping my father with a health crisis and dodging Luke’s calls–and my feelings about them. Luke’s a player–he always has been. I know better than to get involved with him again.

So how the hell do I get my heart to listen?

“I’m not asking for much, really. Just you. Just every little thing about you. That’s all I want.”

Luke: Oliver Luna. The guy’s haunted me since high school. Oliver’s the first person I ever fell in love with–and the last. He’s the guy who showed me what I was made of–and it turns out, what I’m made of isn’t pretty. I know I’m a jerk–which is why I don’t date. I won’t risk hurting anyone else the way that I hurt Oliver. And I’ve never forgiven myself.

I guess that’s why I decided to go to this reunion. I figured maybe, if I apologized, I’d be able to let Oliver go. Maybe I’d be able to stop thinking about him at 4 a.m., unable to sleep, googling him for the 10 millionth time. That’s how it works, right? You say you’re sorry and you get to move on?

Only, first, Oliver tells me he’s already moved on, and somehow that just makes me feel worse. Like, what the hell, heart? That’s what you wanted, wasn’t it? And then, just when I think I’ll never see him again, Oliver lets his guard down, just a bit, and all I want to do is pull him into my arms and make his pain go away. Honestly, who even am I at this point?

I have no idea how to fix all the pain I’ve caused. All I know is this: I’ll die before I let Oliver walk out of my life again.

Oliver Ever After is Book 3 in the 8 Million Hearts series. While each book can be read on its own, they’re even more fun to read together. Oliver Ever After is a 135,000 word, second-chance romance full of snark, sweetness, and a healthy serving of steam. No cheating, no cliffhangers, and a guaranteed HEA.

Oliver Ever After on Amazon

Oliver Ever After has been released in audiobook format!