You ever go looking for stock photos and throw something like “men together” into the search box, only to emerge hours later, trembling and shaken by the things you’ve seen?

(All pics from Deposit photos, click ’em if you want links.) 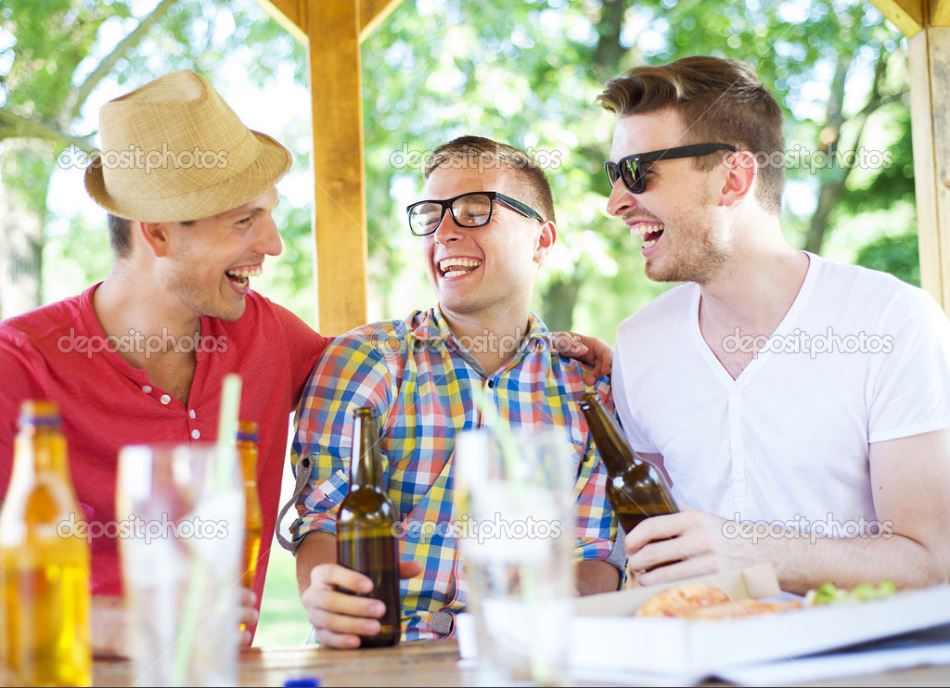 Larry: Boy, I sure do love getting beers with my buddies in this suspiciously well-lit beer garden. Milton and Niall are the best. I mean, look at them. Milton has so much confidence in himself, rocking that checked shirt like he’s a sentient Pantone color board. And those glasses – adorbs. And Niall always looks so cool and collected, even when he’s wearing shades he stole from his 10-year-old nephew and a t-shirt I think he maybe hasn’t washed in a year.

It’s so much fun laughing with my buddies. Jokes are great. Milton and Niall make the best jokes.

I wish I were better at jokes.

Maybe if I keep my jaw locked and my mouth open, maybe I can inhale some of their humor when they laugh? Yeah. I’m definitely gonna try that.

I wish I knew what we were laughing about. Oh God, it’s not me, is it? They wouldn’t laugh at me, would they? Milton and Niall are my best buddies. Buddies don’t laugh at each other, do they?

I bet it’s my hat. Dammit. I knew I shouldn’t have worn this hat. It would look so much better on Niall. 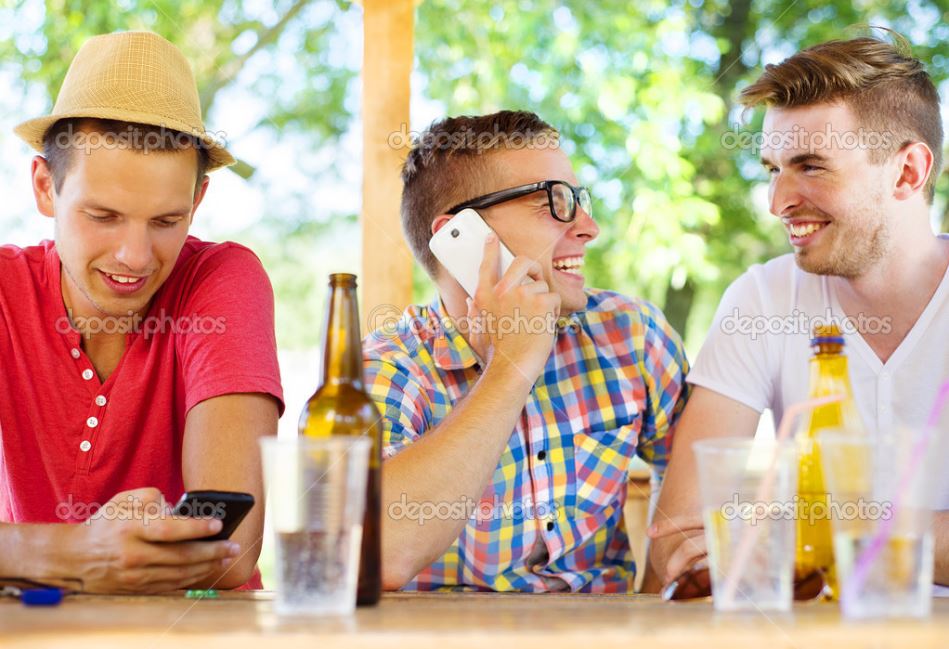 Larry: I hate myself. And this hat. I’ll just never look up or make eye contact ever again. Then everything will be fine.

Larry: Just keep looking at your phone, Larry. Maybe if you act really uninterested, they’ll invite you into the conversation. Don’t let them know you’re crying inside. And definitely don’t let them know about your crush on Tristan.

Larry: A little piece of my soul just crumbled into dust.

Larry: I can feel my heart cracking in two.

Niall: Larry, why are you being so quiet over there?

Milton: Yeah, come on, Larry. We’re your best buddies. How many years have we been coming to this paradisiacal beer garden to drink and perform heteronormative gender identities?

Larry: I mean, a while, I guess. But you guys, you’re going to laugh at me. It’s stupid. Just forget about it.

Larry: Ugh, fine. But you’re not allowed to laugh at me.

Milton: You have our word. 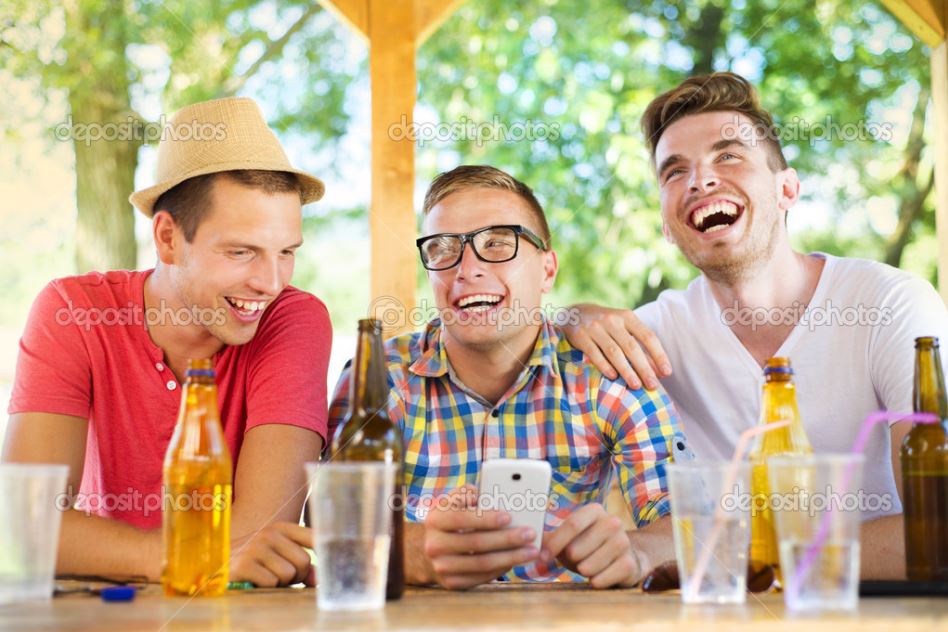 Larry: It’s, well, it’s about Tristan. It’s kind of hard to say this, actually. But it’s just, he’s always seemed so handsome and funny and smart and cool and-

Milton: And God, he has the worst taste in hats.

Niall: Not like you, Larry. You have great taste in hats!

Milton: Heck yeah, buddy! I love how it sits on top of your head like it doesn’t quite fit right.

Niall: Yeah, but you don’t let that stop you. You just wear it anyway. I’ve always admired that in you, Larry. Your sartorial courage.

Larry: But I’ve always admired you guys! I mean, Milton, your whole Alvin & the Chipmunks aesthetic slays. You’re like the hottest humanoid Simon I’ve ever seen. And Niall, the way you don’t care that you haven’t showered in a month? It’s so impressive. And so is your man musk, tbh.

Milton: Wait, you guys. I just had the craziest idea.

Niall: Haha, that’d be so funny.

Larry: I mean, like, whatever. I’m down if you guys are. Totally cool either way. It’s not like this would be my first time or is something I’ve been craving ever since the first day I met you guys here in this heavenly outdoor pub. I’ve definitely never thought about doing this before, or dreamed about it at night, or painted watercolors of it that I’ve papered the inside of my closet with, or anything like that. It’s NBD, is what I’m saying. 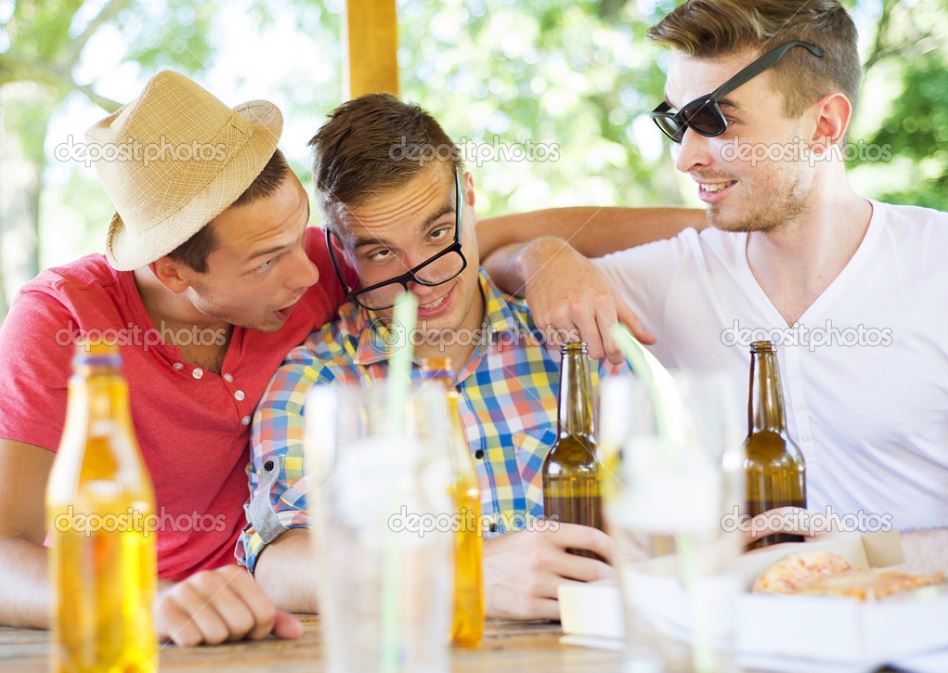 Milton: I mean, I’m only saying this because I’m like, so drunk, you know? Like, it’s a total joke. Funny. Haha.

Niall: Right. I know, me too. So drunk. But like, in a fun, secure-in-my-masculinity kind of way.

Larry: Uhhh, right. I’m the exact kind of drunk that makes you want to bone your best buddies but definitely just in a friends kind of way?

Niall: Look how drunk I am, I’m wearing my glasses all crooked. Hahaha, sure is fun to be drunk and let go of your inhibitions, I mean, not that I felt inhibited or anything because that would imply that I’ve been wanting to do this or even given this idea any thought before this very exact right here instantaenous moment. But yeah, I mean, look at my glasses!

Milton: Look at MY glasses! And my eyes. I’m so drunk! I mean, not so drunk that I can’t consent to this. I enthusiastically consent. But in a totally playful, not at all homoerotic way.

Larry: Right. Yeah. Me too. 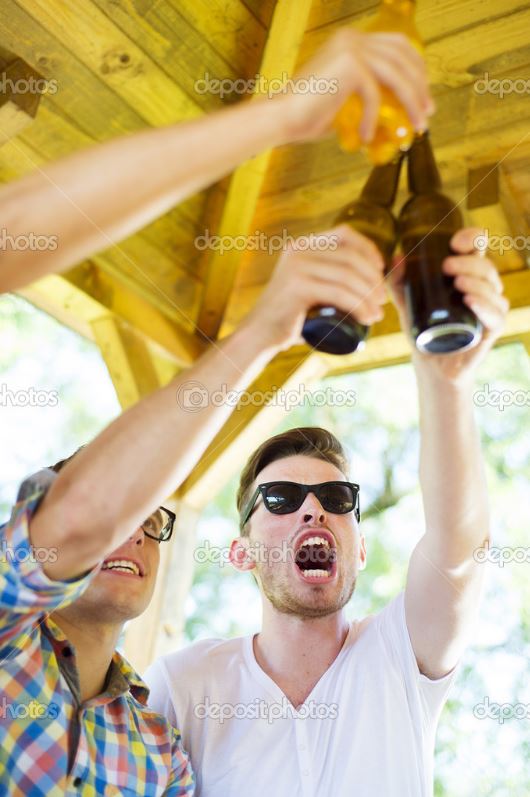 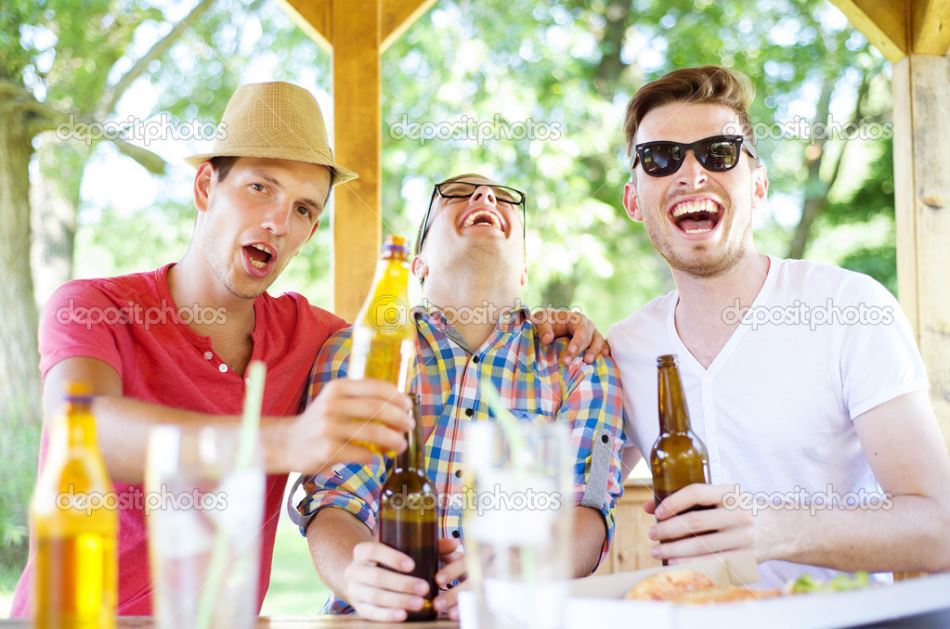 Milton: Haha, what a gas! 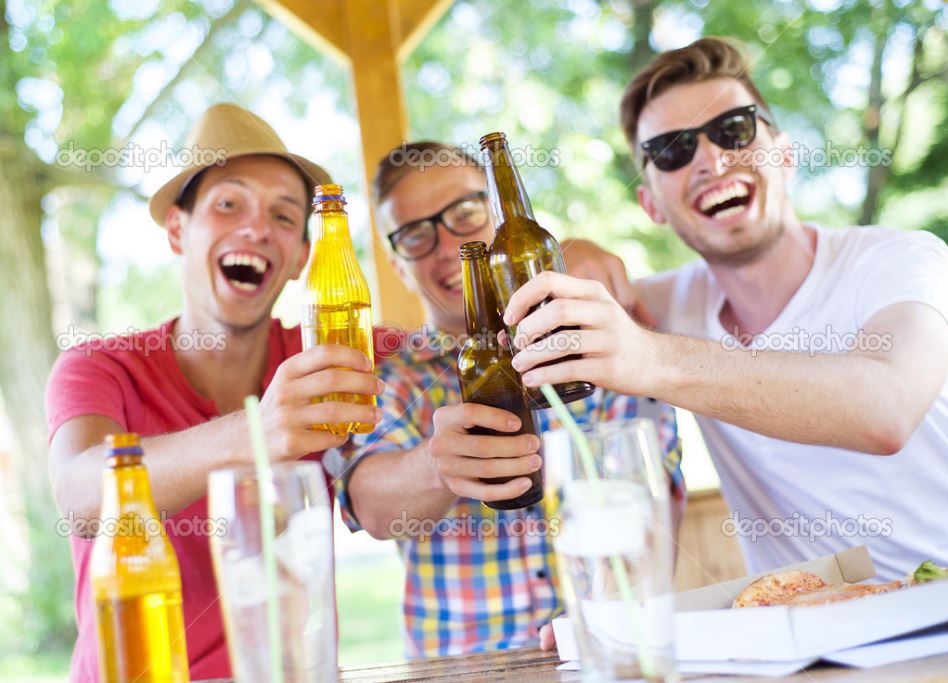 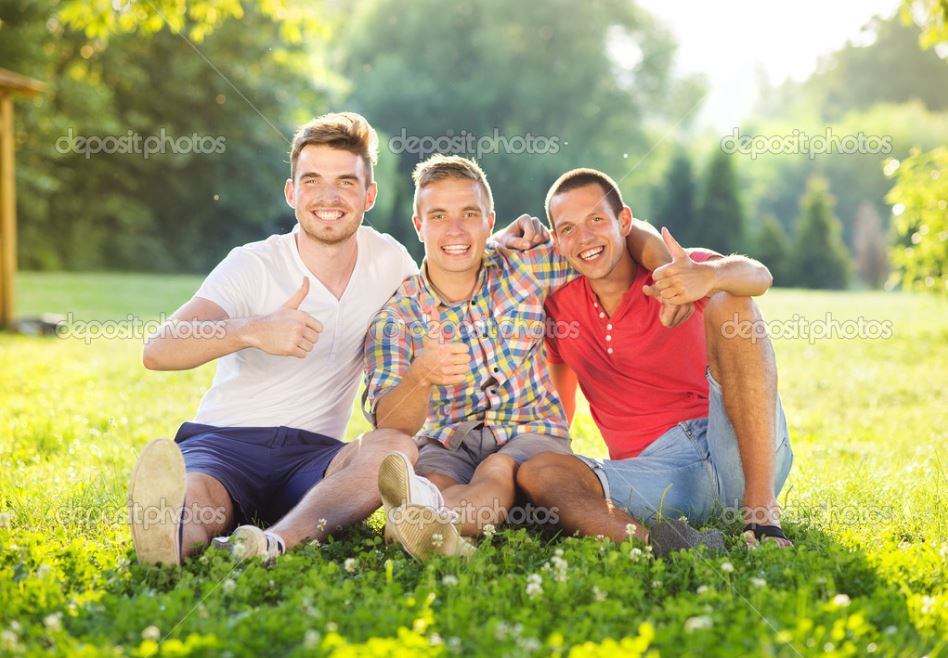 Niall: Well that sure was fun.

Milton: Definitely. And not weird at all.

Niall: I for one do not feel changed by that experience in the slightest.

Milton: Same. It definitely won’t make me second guess all the years I’ve put into making sure everyone knows how straight I am.

Larry: Right. I certainly am not full of confused feelings, swirling around inside me like a hungry, angst-vortex monster. Nor am I now feeling uncomfortable about my decision to wear jorts.

Niall: Haha, and you’d know what that’s like now, Larry, wouldn’t you. Things swirling around inside you, I mean. Get it? Get it?

Milton: You can always take your jorts off again, Larry. You certainly seemed eager enough to do so before, if you know what I’m saying.

Niall: Larry, you are so funny. I’m so glad you’re my buddy. 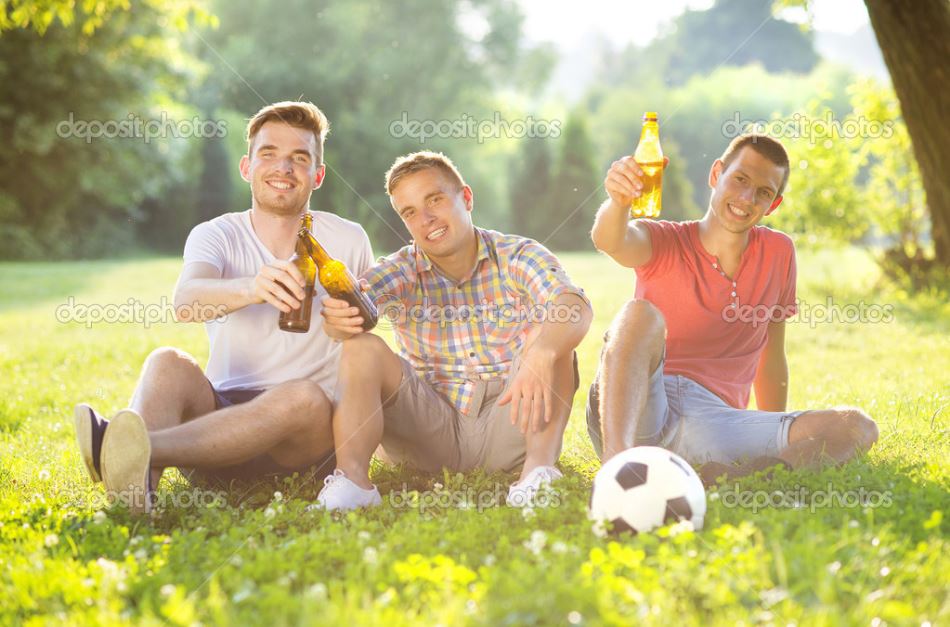 Niall: Really straight, not at all complicated threesomes.

Milton: Exactly. Cheers to that!

Niall: Oh Larry, back at it again with the non-sequiturs. What a card!

Larry: I really wasn’t trying to-

Larry: Actually, I think mine’s water. How come you guys get beer and I get water?

Niall: Haha, yeah. You already let US hydrate you and you weren’t complaining then! 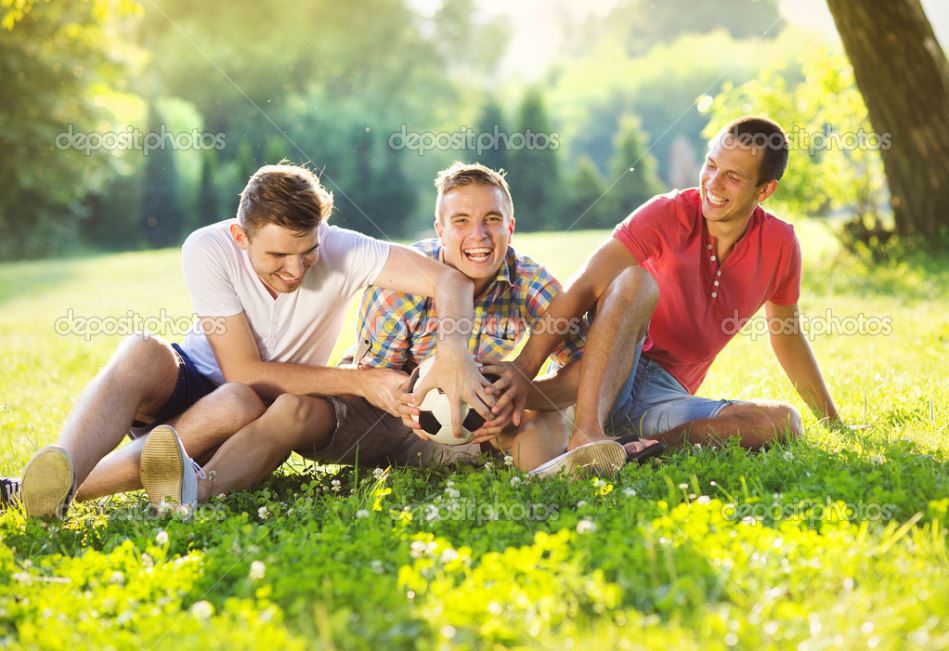 Milton: Anyway, I don’t know where this soccer ball is from, but it’s mine now!

Larry: Wait, hold on, me too. I mean, it’s mine? Haha, I totally just want that soccer ball and not an excuse to feel your hands on my skin again.

Larry: The thing is, actually, that wasn’t-

Milton: What a funny afternoon, you guys. We’re so crazy.

Niall: Totally. Hey, wait, Larry. I just remembered, you were going to tell us something about Tristan before we got sidetracked. Wanna fill us in?

Milton: Haha, or do you want us to fill you in again?

Larry: Wait, was THAT a joke? I really think I don’t understand what humor is, at all. But anyway, I like, don’t even remember what I was going to say. It’s not like I’ve been burning to say this since we first exchanged eye glances across the rough-hewn, restored wood tables of the beer garden while bathed in magic hour lighting or like I have it cross-stitched on the underside of my pillow or anything. It’s not a big deal.

Niall: We just went through this, Larry. YOU are a big deal to us. We’re your buddies, your bros. You’ve already let us in literally. Now let us in figuratively! Come on. No secrets between us.

Milton: Whatever it is, we can handle it. Just like we handled- 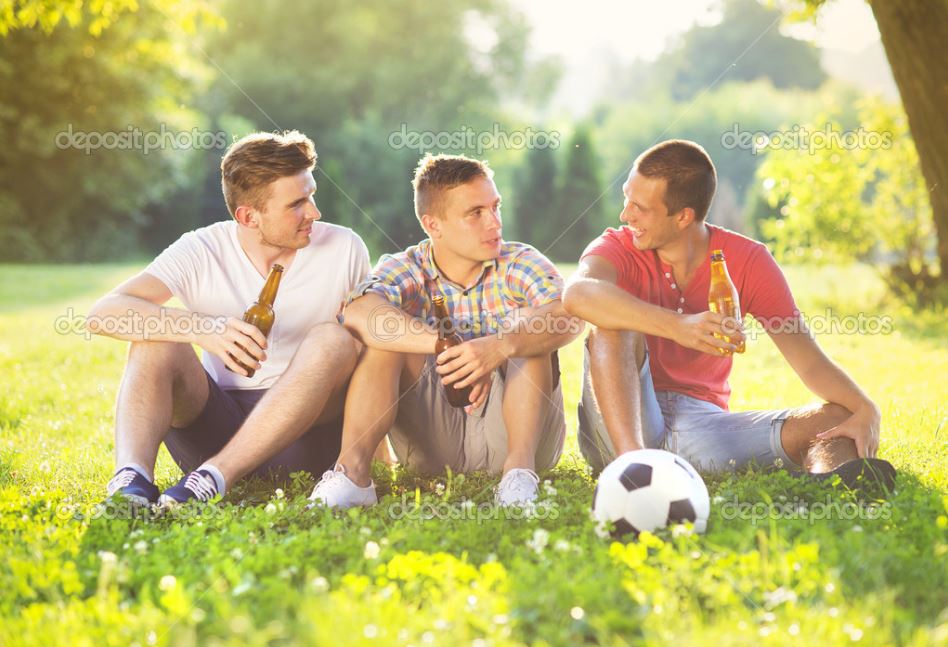 Milton and Niall: Wait, what?

Larry: And I get it. If you guys don’t want to be my friends anymore. Or talk to me, even. It’s fine. I just… felt like I had to tell you?

Milton: Actually… me too?

Niall: Yeah. Me three, to tell the truth.

Larry: Wait, so we’re just a trio of gay guys, sitting in a field with our calves out, covered in a light sheen of sweat, stripped of all our accessories and artifice, realizing we can finally open up to each other?

Milton: Wow. I guess so?

Niall: Haha, though tbh, Larry, you’d already opened up to us, if you-

Larry: For Pete’s sake, Niall, I GET it.

Niall: Good. But now that you mention our accessories… there are some other things I’d like to strip off you too…

Larry: Already? But we just…

Niall: Time waits for no man, Larry. Not even men with tiny straw hats. Now get over here and bring that soccer ball. I’ve got an idea…